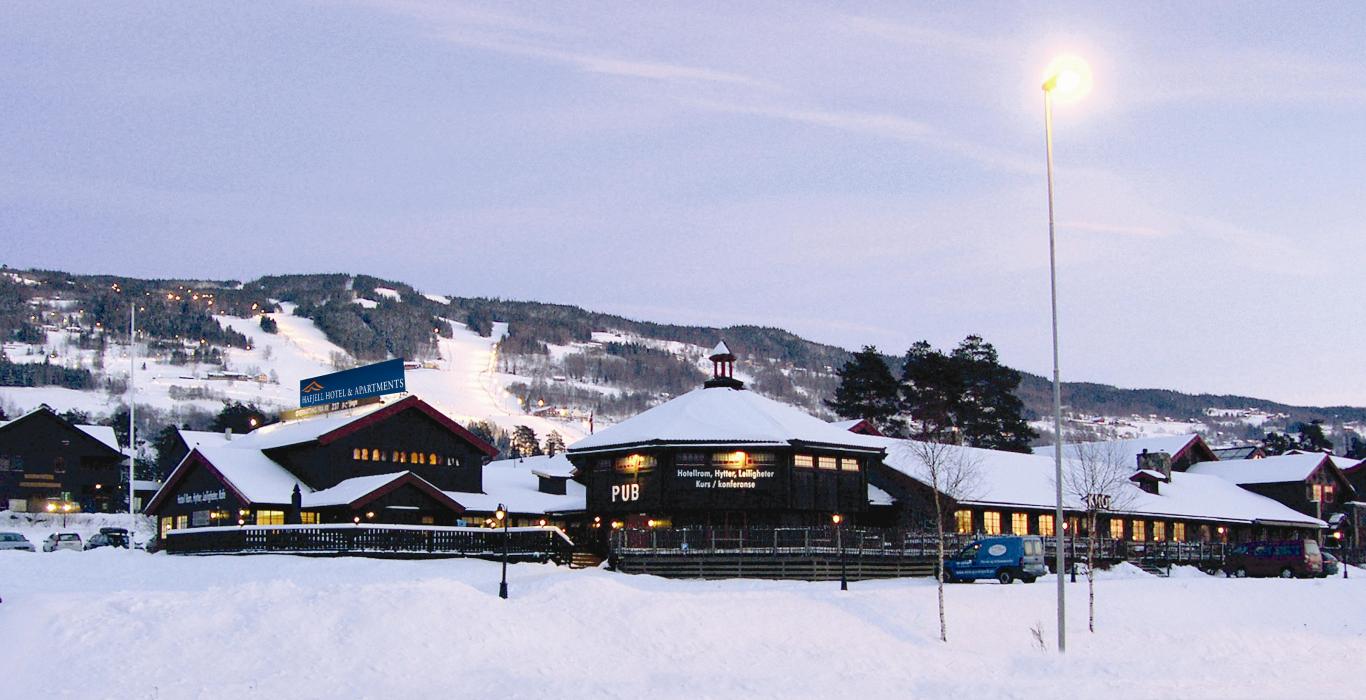 The owner and manager at the time Mr. Kjell Madsen started building Øyer Gjestegård in 1978. He wanted to create a place with a wery special atmosphere for entertainment and staying overnight. Kjell Madsen made, together with his wife at the time, decorations, equipment and furniture. This gave Gjestegården a special and different characteristics, and it proved to a success soon after the opening on the 1.July 1979. The last development which was done in 1987-1988, doubled the capasity of guestrooms and included a swimming-pool and water disco.  In July 1983 Lilleputthammer opened. The time of Winter Olympics in 1994 was a good period for Gjestegården. But the time shortly afterwords was difficult for the business, and in 1996 Gjestegården was taken over by the company Viking Gruppen.

In 1996, Viking Gruppen AS (now Welle Gruppen AS) bought Øyer Gjestegård. On 15th of May 2007, the name changed to Hafjell Hotel & Apartments. In the years before the change of name, the inn, kitchen and conference rooms were refurbished and the hotel got a new fireplace.

In 2008, all rooms were renovated in the hotel and in 2011, a major rebuilding of the restaurant was carried out into several cozy living rooms and a new buffet area. The hotel was also environmentally certified as the environmental lighthouse in winter 2011.

Twinings Best Breakfast awarded in 2017 Norway's best breakfast for 13 years in a row. Hafjell Hotell became county winner in Oppland as the hotel with the best hotel breakfast. This was the first time a hotel from the Lillehammer region won this competition. In June 2018 it became clear that Hafjell Hotell had managed to copy the victory and was voted again to the hotel with the best hotel breakfast in Oppland county.

In 2017, the hotel was renamed Hafjell Hotell AS, Gjestegarden in Øyer.

Read more about history of Hafjell